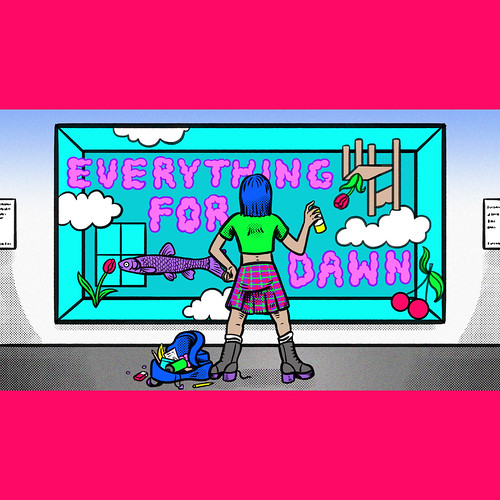 In celebration of our 10th Anniversary, Experiments in Opera will premiere Everything for Dawn, an epic new video opera series featuring ten 15-minute episodes, each written by a different librettist/composer combo. A web streaming series of daring ambition, Everything for Dawn, is the epitome of what Experiments in Opera stands forâfun, intimate storytelling, with a strong feeling of an artistic community at work.

The team of writers in the EiO Writersâ Room who collaborated on the libretto for Everything for Dawn includes Jason Cady, Adrienne Danrich, Lauren DâErrico, Krista Knight, Jerry Lieblich, and Jerome A. Parker.

Everything for Dawn is an original coming-of-age story spanning the 1990s. Dawn is a teenager dealing with the impact of her fatherâs suicide. Her personal tragedy becomes public when his paintings become celebrated as âoutsider art.â With each episode written by a different librettist/composer pairing, the opera is an examination of the ways we seek solace in a broken world, community intersectionality, and the rationale for making art.

Everything for Dawn was designed from the beginning as a work that would accommodate multiple voices and aesthetic styles. PART ONE of the opera (episodes 1 â 3 set in 1997) takes place in a suburban Detroit home, where a college-aged daughter (Dawn) and her mother discover a box of paintings by Mac, their father/husband, who has recently committed suicide. They are conflicted about what to do with the paintings, but eventually give a local curator permission to show them in her gallery. PART TWO of the opera (episodes 4 â 7 set in 1995) takes place a few years earlier in the mental health facility that the father had been in prior to his suicide. In the facility, he discovers painting through an art therapy class and it helps him to deal with his depression and PTSD from the Vietnam War. PART THREE of the opera (episodes 8 â 10 set in 2001) picks up after the end of Part One when the father is hailed by the art world as a star of outsider art. Throughout the work, the main themes of family ties, mental illness and the art world are teased out and reconstituted as the opera culminates in an ensemble scene in a New York art gallery with most of the cast together to contemplate the legacy of a complicated man.

Everything for Dawn will feature a cast of 8 singers, an orchestra of 5 instrumentalists including the New York City ensemble Bearthoven. This 10-part video series will premiere in Spring 2022.

Experiments in Operaâs Writersâ Room project is made possible by an OPERA America Innovation Grant, supported by the Ann and Gordon Getty Foundation.