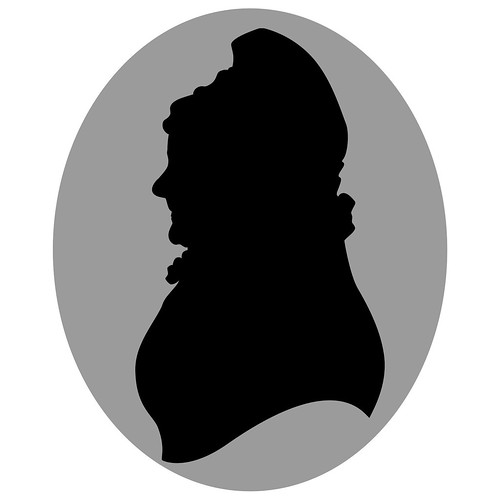 "In 2014, a newspaper article caught my eye about a portrait commissioned by then-Governor Tom Corbett and unveiled in the Pennsylvania State Capitol: a painting of Hannah Callowhill Penn by Philadelphia artist Ellen Cooper. The story surprised and intrigued me; Hannah was described as âPennsylvaniaâs first female governor,â yet I had never heard of her. When I bought a property on Callowhill Street a year later, I realized that I was not aloneâmost Philadelphians donât know the origin of the name Callowhill, despite Hannahâs importance to our historyâand I became determined to bring more attention to this extraordinary woman. Hannah was born in 1671 in Bristol, England, the only surviving of seven children. Her father was a textile merchant and a Quaker who gave his daughter an education far beyond what most girls received in the 17th century, and by adulthood, she had become a competent manager of her familyâs drapery business. At 25, she became the second wife of William Penn, and soon found herself joining him on a ship to Philadelphia, already pregnant with their first child (and excruciatingly seasick on the journey). Hannah was far more than a typical wife to her high-profile husband; she partnered with him in running Pennsylvania, and her business intelligence is credited by some historians with saving the colony from financial ruin caused by 15 years of sometimes naÃ¯ve and foolhardy decisions by the idealistic William.

"The couple returned to England a few years later, administrating the colonyâs affairs from across the Atlantic, but in 1712, tragedy struck: William had a series of a debilitating strokes that left him totally incapacitated. At this point, Hannah became the Acting Proprietor of Pennsylvania, and with a sure hand guided the colony and her family through financial tribulations and even a territorial dispute with the colony of Maryland, all while caring for her husband and managing her household. Penn died six years later in 1718, but he passed the Proprietorship to Hannah in his will over the objections of his sons from his first marriage. Hannahâs stepsons took her to court to claim the colony for themselves, but she fought them and won, and continued as Acting Proprietor until her death in 1726. For 14 crucial years in the early 18th century, a woman ran Pennsylvania; arguably she was not just Pennsylvaniaâs first female governor, but the first female governor in the history of our nation.

"Â The Canticle of Hannah contains two songs. The lyrics of âMy Loving Friendsâ are quotes taken from a packet of Hannahâs letters discovered in the attic of Stenton house in the early 19th century. âA Virtuous Womanâ is an adaptation of Proverbs 31, which reads as though it describes Hannah exactly, even down to its focus on textile trade as a useful skill. Iâm thrilled to be able to honor Hannah with my music, and to partner with such a wonderful Philadelphia choir to bring these songs to the world. Remember Hannah and keep telling her storyâespecially whenever you find yourself on Callowhill Street!"
âMelissa Dunphy


I: My Loving Friends

My loving Friends
My marriage is the greatest comfort in this world
so is it mixt with great exercises:
a wilderness of thorns,
and the extreme trouble of the sea.
But I have strength of mind
and the strength of God
which are greater than the strength of the discords.
I hitherto go on with comfort and hope
for the people are safe
and their comfort is so near interwoven with mine
and my children's whole fortune, my husband's reputation,
my own satisfaction and their happiness
hang all in a thread together
and shall be carefully preserved by me, if not broken by them.
I recommend to thy utmost care
to promote virtue, sobriety, peace and love;
to reconcile all animosities for thine own honor,
and the reputation of the country.
Oh may it be so, saith my soul.
And in this I earnestly desire the Lord may bless thy endeavors,
from whence the most solid comfort will arise to thy self,
And a very great one to
Thy loving Friend.
â adapted from letters by Hannah Callowhill Penn written 1701-1726

Who can find a virtuous woman?
for her price is far above rubies.
The heart of her husband doth safely trust in her,
so that he shall have no need of spoil.
She is like the merchants' ships;
she bringeth her food from afar.
She considereth a field, and buyeth it:
with the fruit of her hands she planteth a vineyard.
She girdeth her loins with strength,
and strengtheneth her arms.
She stretcheth out her hand to the poor; v yea, she reacheth forth her hands to the needy.
She seeketh wool and flax,
and worketh willingly with her hands.
Her husband is known in the gates,
when he sitteth among the elders of the land.
Strength and honour are her clothing;
and she shall rejoice in time to come.
She openeth her mouth with wisdom;
and in her tongue is the law of kindness.
Favour is deceitful, and beauty is vain:
but a woman that feareth the Lord, she shall be praised.
Give her of the fruit of her hands;
and let her own works praise her in the gates.
âAdapted from Proverbs 31:10-31, King James Version