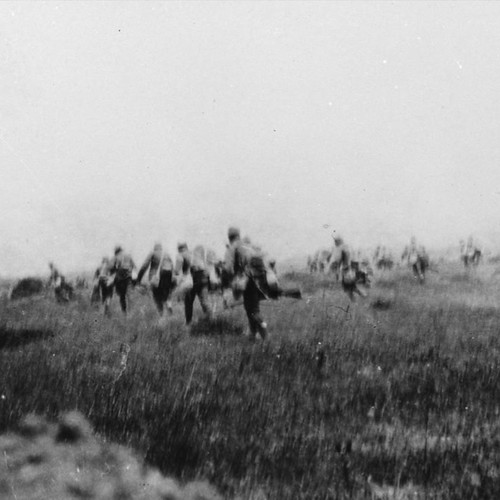 This work is published by EC Schirmer.

Waves of Gallipoli was commissioned by the Saint Louis Chamber Chorus, and premiered October 6, 2019, at Masonic Prince Hall, St. Louis, Missouri. The work was inspired by a trip Artistic Director Philip Barnes took to Gallipoli in Turkey, the site of a disastrous First World War military campaign, to visit the grave of his great-uncle, Private Gray, who died at the Third Battle of the Krithia Vineyard in August 2015. The peninsula is now marked with cemeteries for the British, French, and Empire soldiers who fought unsuccessfully against Ottoman defenses; particularly striking are the graves of Australian and New Zealand infantry, which are marked with epitaphs provided by the families of the fallen. Five of these epitaphs have been included in the text for âWaves of Gallipoli,â along with lines from poet Leon Gellert, a Gallipoli veteran.

The music is direct and needs little explanation beyond these observations; we can hear the undulating of the Aegean Sea lapping the coastline of Gallipoli, sad melismas complement the idea of âmoaning;â following the epitaphs, a single voice sounds the bugle call, âThe Last Post,â which is sounded at ANZAC (Australia and New Zealand Army Corp) Day dawn services each year, memorializing the soldiers who fell at Gallipoli, and which is synonymous with military funerals.