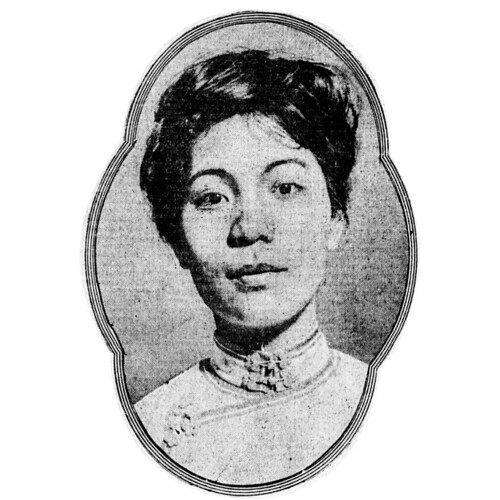 Composed in honor of Mabel Ping-Hua Lee (1896-1966), an activist, writer and religious leader who was particularly known for mobilizing support for women's suffrage among New York's Chinese immigrant community. Lee was outspoken in her support for women's rights throughout her undergraduate and graduate career; lee became the first woman to receive a PhD from Columbia University and soon after assumed leadership of the Baptist mission in Chinatown, to which she dedicated herself for the rest of her life. "...the feministic movement is not one for privileges to women, but one for the requrement of women to be worthy citizens and contribute their share to the steady progress of our country toward prosperity and national greatness."

Press release from Classical Movements, May 19, 2020: Through the Eric Daniel Helms New Music Program, Classical Movements had planned a remarkable season of new music. Our 2020 season of new music included composers from all over the world, including five powerful new works in Washington D.C. as part of Classical Movements' 2020 Serenade! Choral Festival, honoring the women whose bravery and perseverance finally secured the vote. With the cancellation of 10th annual Serenade! Washington D.C. Choral Festival, we have had to delay our plans to celebrate "World Voices for Women: Pioneers, Progress, Purpose" in honor of the centennial of the ratification of the 19th Amendment.

This wonât be the last thing she does.
Her motherâs feet are bound; she canât

climb up or down a flight of stairs
[by herself]. Mabel Lee cries,

The women of China must be deadly!
She rides for her mother.

The women of New York must be deadly!
She rides for them, too.

And before Chinese Americans
can vote, she waits thirty-one.